NHS spending is still out of control despite a £12billion cash injection and Sajid Javid will ask for more money in the autumn, Cabinet ministers fear.

The Sun may reveal growing tensions at the top of government that the health secretary has yet to get the money-eating health service under control.

April’s National Insurance hike was meant to be conditional on NHS reform, but senior Tories say there is ‘no evidence’ the promise has been kept.

Cabinet colleagues were reportedly ‘baffled’ last week when Mr Javid used a lengthy intervention around the top table to talk about housing issues rather than getting the NHS back on its feet after Covid.

Sources also say Mr Johnson was irritated at another recent Cabinet meeting in which Javid spoke at length about the economy – and was even said to have asked how his ‘day job’ in health was going.

Allies of Mr Javid – seen as a leadership candidate if BoJo goes down – dispute that narrative and insist he overthrows the NHS. 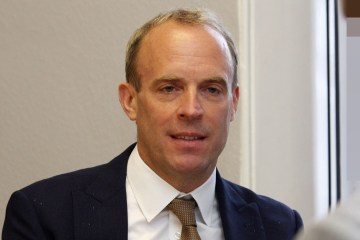 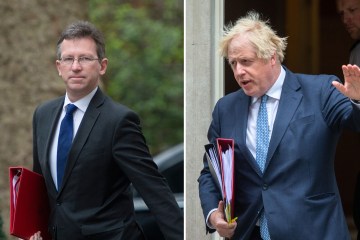 And they dismissed claims that Mr Javid’s aides had asked their boss for permission to deliver a lengthy speech at the October Conservative Party conference outlining his political vision for health care.

But an insider said: “It has been made clear that No10 is hoping Javid will be in the delivery phase in the fall rather than more words.”

Finally, a source close to Mr Javid replied: “In this country we have a cabinet government, so it would be very unusual for Sajid not to contribute to the issues on the agenda – indeed it would be wrong to remain silent – particularly on issues he has dealt with as a Cabinet Minister, including housing, boosting growth and tackling crime.

They added: ‘When it comes to the NHS, Sajid is focused on ensuring that every pound spent brings value to the taxpayer. We will present our plans for NHS reform shortly because, as we have made clear, business as usual will not be enough. »