AYN announces price range for its Loki line of portable gaming PCs; from $299

Last week, handheld game console maker AYN unveiled its first handheld gaming PC, the AYN Loki. In the released teaser video, the company called the device “the most affordable Windows handheld ever.” But not much was revealed about pricing at the time, but the company followed up with an official price list for the device: 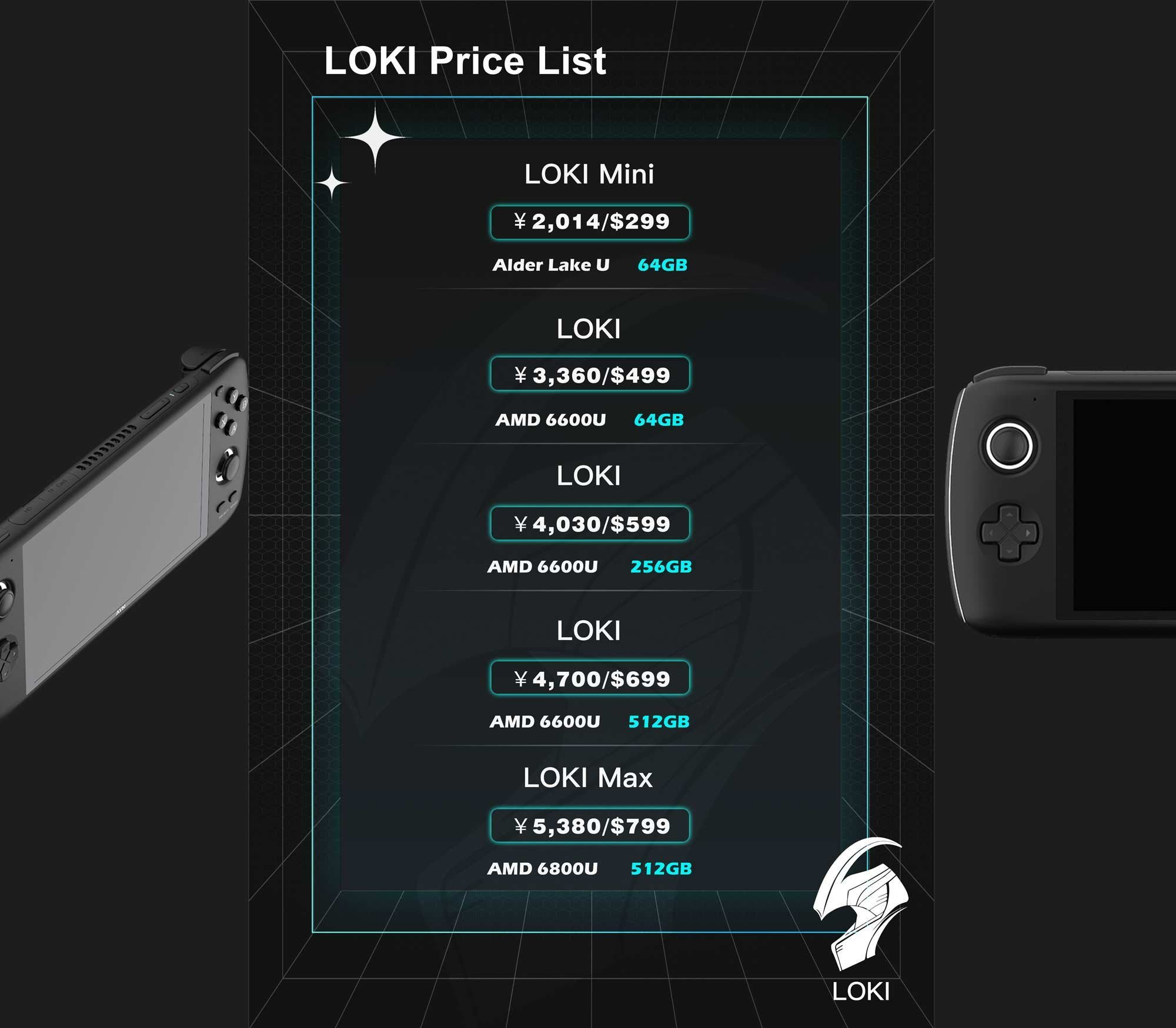 As you can see from the image above, the AYN Loki is not a device but rather a line of portable gaming PCs with different specs and prices ranging from $299 for the Alder Lake equipped Loki Mini U at $799 for the AMD 6800U Loki Max. . The company has yet to announce launch dates for the devices, but it is likely to open sales through a crowdfunding platform like it did with its first device, the AYN Odin.